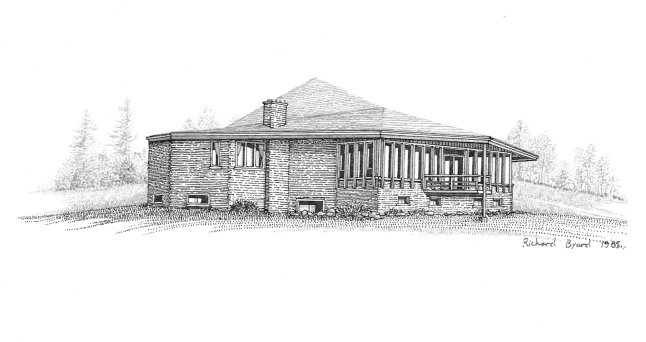 Bezek Foundation Incorporated was created in 1970 out of a need for a facility where Christian people could come, singly or in groups, to find hospitality, to listen and study teachings  from the Word of God,to receive counsel and healing in the freedom of the Holy Spirit.   Fifty-two acres of land in Nassagaweya Township, northwest of Campbellville, Ontario was purchased by a little group of people, led by Bernard Warren and his family. They set out to build and operate the Bezek Centre. Although Reverend Warren was a United Church minister, Bezek (whose name is found in 1 Samuel 11) was open to those of any or no denomination. For eighteen years this ministry was carried out at the Bezek Centre. Gatherings for worship in the Spirit were held, with hundreds coming on Friday evenings to bless the Lord, in worship and study. These worship nights and many other events, large and small, made it a busy place.

Over the years, there were many changes but always those involved sought to keep Jesus Christ at the centre of activities. In 1988, after discerning  differences of vision among the leadership, Reverend Warren felt it was time from him to carry on the original Bezek Ministry elsewhere . The building and property were sold to the church community who remained on the property; however, Bezek Foundation remained in the hands of  Rev. Warren and the Board of Directors. It was in no sense an end of the ministry, for the work continued using other facilities and with other ministries such as Crossroads Communications.

At this time, although Bezek no longer owned property, the ministry continued,  through workshops and the publication and selling of the books and articles of Rev. Warren, until his death in 2009. With the support of its faithful Board of Directors and others who gave financial support,  Bezek Foundation Incorporated continues as a registered charity, under the Government of Canada. In the summer of 2015,  printed copies of all Reverend Warren’s  books  were mailed out as gifts to pastors of various denominations.  Three books written before his death will soon be released as ebooks, and all previously printed books will also be converted into this paperless format.